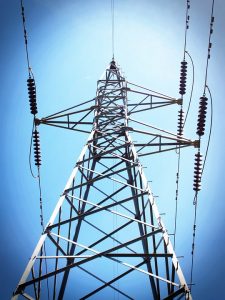 People are often puzzled about all the numbers associated with electricity. For example, hairdryers are labeled with a bunch of numbers and letters on the handle, like 120v. What does that mean? If you’re like most people, you learned about this in science class, and then promptly forgot. Let’s see if we can jolt your memory!

For most people, it helps to imagine electricity flowing like water. Imagine that instead of an electrical wire, you have a water hose with water flowing through it. If at some point the hose splits, the overall pressure will stay the same, but the amount of pressure in the two split pipes will be half the original. If you’ve ever been taking a shower and someone flushes a toilet, you may have actually experience that drop in water pressure.

Volts Measures Pressure. In electricity, voltage is the measure of the force (like the water pressure) that makes electricity flow. In most of our homes, the majority of electricity is supplied from the telephone pole at 240 volts. When the electricity reaches the breaker box (or fuse box in some homes), the voltage is split into two 120 volt halves. Your hairdryer and most small appliances are designed to work with electrical pressure of between

110 Volts. The United States is one of the countries in which outlets and light fixtures are usually like your hairdryer. The electrical pressure that forces power through the wires is 110 – 125 volts, and most small appliances are listed to operate at 120 volts.

220 Volts. But there are a few things in your house that need 220 volts. Let’s go back to the water analogy. There are some cleaning tasks that you can do with a regular garden hose, but for really heavy jobs, you need a pressure washer. In the same way, there are some big appliances that need more electrical pressure, like a dryer, stove, water heater, or air conditioning unit.